Franz Grimme founded the companies INTERNORM Kunststofftechnik in 1987 and RICON, a manufacturer for heavy duty sieving and conveying technology, in 1995.

With both companies, he has launched two supplying enterprises that today not only supply the manufacturing companies of the GRIMME Group, but also many other well-known companies from the agricultural machinery industry and beyond.

INTERNORM - from the idea to the final product
In the mid-1980s, Franz Grimme discovered the possibilities of using products made of the highly elastic as well as wear-resistant polyurethane for the agricultural machinery industry. From initial experiments in the old forge in the middle of Damme, INTERNORM was founded in 1987 and today employs 270 people, including 20 trainees. Since its foundation, the subsidiary of the GRIMME Group has been developing and producing high-quality and wear-resistant plastic products, primarily rollers and roller coatings made of polyurethane, moulded parts and injection moulded articles. INTERNORM supplies customers all over the world. Turnover with the GRIMME Group now accounts for only about 30 % of total turnover.

In the 2021 financial year, turnover increased by 23.5 % to 47 million euros. The outlook remains positive for the current business year despite the major global challenges. The expansion course is continued and the production capacities are increased by a new 2,800 sqm hall.

INTERNORM has a skilled worker rate of 100 % and very specialised jobs that require highly qualified employees. The company has already set up its own training workshop in 2019 to meet the increased requirements. 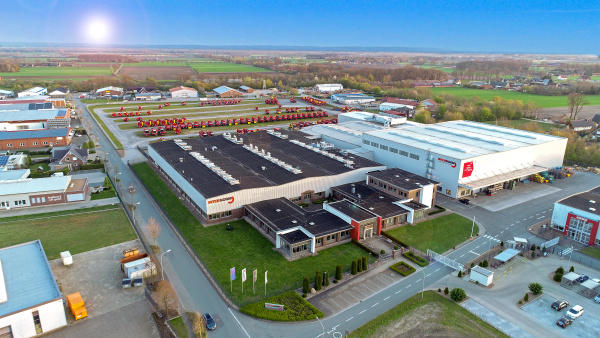 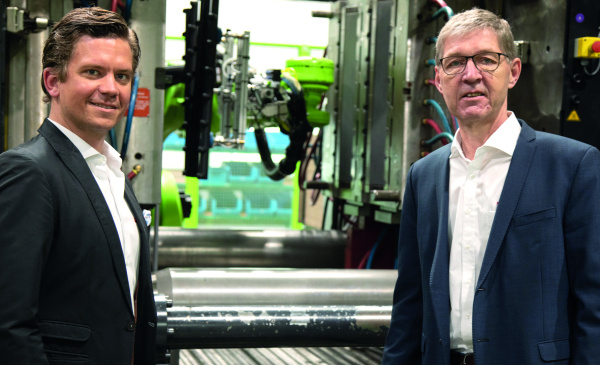 RICON, factory for webs and conveying equipment
GRIMME Landmaschinenfabrik has been developing and manufacturing its own webs and conveyor technology for over 60 years. Due to the high international demand for these special products, Franz Grimme founded RICON in 1995. Today, the company is located in a state-of-the-art factory building of 18 000 sqm in the industrial area of "Niedersachsenpark" Rieste (approx. 15 km from Damme).

Over 150 employees develop and manufacture an average of over 27 000 conveying webs and belts per year. The portfolio includes more than 8 000 different versions for GRIMME, SPUDNIK and ASA-LIFT as well as for other well-known companies, including those in the food industry. More than 5 000 webs are permanently stored in the large local logistics centre, guaranteeing the customer high availability, especially in difficult procurement times.

With the takeover of the former supplier KUNOW located in Altena (near Lüdenscheid in the Sauerland region), the vertical range of manufacture in the processing of spring steel has also been significantly increased. Some production facilities at KUNOW were affected by the flood disaster in 2021. However, with a high level of commitment on the part of the staff, they were able to be put back into operation in a timely manner.

RICON's turnover could be increased from 27.9 million euros in 2020 to 30.3 million euros in the 2021 financial year. For the 2022 business year, the management team led by Philipp Grimme and Felix Lingens expects further growth and stable earnings.

Whether its new machines or digital solutions, you'll find all the latest information here.

Upgrade for the NonstopBunker of the GRIMME EVO 280